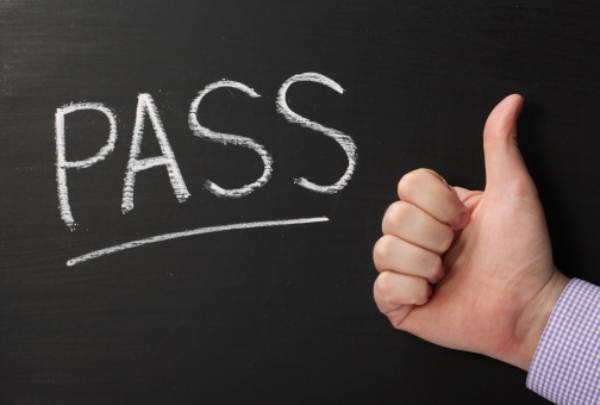 Dear linguophile friend! In this post we’ll examine the matter of language certificates: because learning language is a laudable activity but certifying how much you’ve learned is even better.

You may need an official certificate for study: countless universities and institutions required them. Or for work: so many companies discard potential new hires because they have no language diploma proving their skills. But you can also plan to take a language exam as a way to motivate you to study more and better. 😀

As someone who has spent his life learning languages first, then getting fancy pieces of paper proving I did it right, I have the impertinence of believing I could give you a few tips:

Who needs these qualifications?

You may be in either of these situations:

Well, my friend, in all these cases, you definitely need a language certificate. A question I often get: do both public institutions and private companies require them? And the answer is: in both cases, they very often require them, yes. Maybe slightly less in private companies, but I wouldn’t put any bet there. 🤨

Public administrations also demand language certificates, even in a stricter fashion than private businesses. 🏦 Many states, in Europe and beyond, recruit a large number of foreign workers for a variety of jobs; not to mention obtaining citizenship, which is more often than not linked to the possession of language certificates. 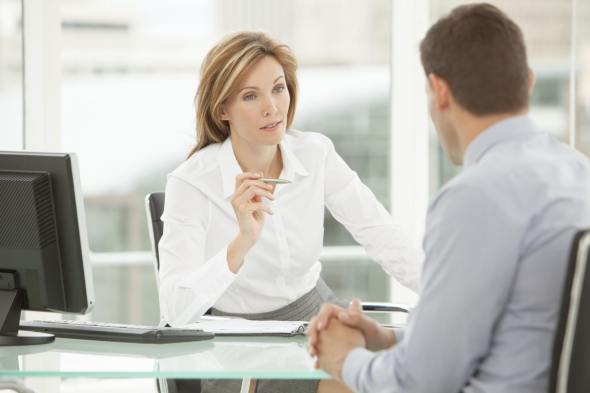 Such is the situation in every country I lived and dealt with. The list is too long to put it here, but I guess I have made my point: having a language certificate or two can open uncountable doors. 🚪

What is, in practice, a language diploma

There may be variations, but roughly, a language certificate works like this: you take an exam –> you pass it –> a few months later you receive a fancy parchment stating “Sam achieved this level in this language in this date”. As simple as that. 📜

Now, how can one express one’s results? Obviously, we can’t simply write: “Sam is fluent” or “Sam is OK in writing but not so much in speaking”. What does it mean to be fluent, anyway? Delivering a Nobel laureate speech in Stockholm, or ordering tea and scones in a Cornish eatery? We needed to find an agreement. 🤝

That is why we created the CEFRL or Common European Framework of Reference for Languages: six levels to express one’s fluency. You may have seen them already: A1, A2, B1, B2, C1 and C2, going from the most basic to top mastery. This ritzy system started in Europe but it’s been gaining popularity across the globe in all languages. 🌎

Fair. But how do we actually measure such levels? And what truly means to speak a language? We devised tests, composed of different exercises, to assess the candidate’s skills in four main domains:

We agreed that to be able to say I speak Spanish, you must prove your abilities in these four domains.

There are a million ways to articulate exams, but roughly, there are:

The main institution (Cambridge Assessment English, Alliance Française, Instituto Cervantes, etc.) defines exam structure, how exams are administered and corrected, how many sessions per year, etc. The local centres have some wiggle room, but eventually, they have to comply with what the main body requires.

The reputation of a language certificate is everything. Everything. If you’re thinking of obtaining one no one has ever heard of, think again. 🤔

Sometimes, exams take place in one day, sometimes on different days. 📅 You may have an exam centre down the street or on the opposite corner of your continent. Sometimes you are notified of the result a few days later, sometimes months later.

And now, let’s see some of the most prestigious language certificates. 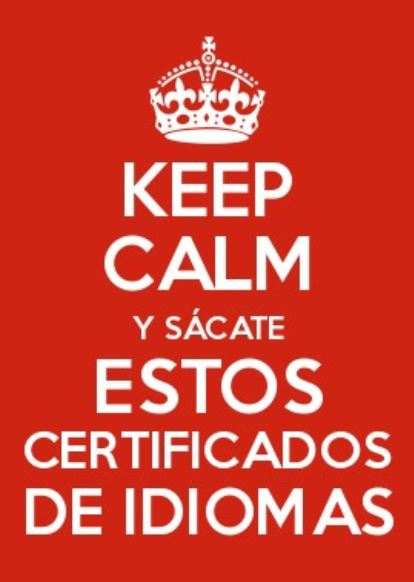 If English is your mother tongue, don’t really bother reading this chapter. Rather, you may be interested in the brief guide about language qualifications for teachers of English as a Foreign Language.

About English, multiples are the options in terms of certifying entities, types of exams, levels, validities, fields. Thus, before targeting an exam, think about a few factors:

Let’s suppose you already know your purpose: an MBA in the USA, an internship in an Irish hospital or a job in an NGO in Bruxelles. My suggestion is: consult directly with the organization of your interest. DO NOT just check its website: write, call, go there in person, obtain a 120% sure confirmation. 👌

I speak from my own experience. Websites can be outdated or hacked: the last thing you want is to spend months on getting a qualification that would turn to be useless.

In universities, the most sought-after qualifications are:

Something to bear in mind is that they are both valid for two years. Ouch. Well, the assumption is that if you stop practising, your English will be rusty before you know it. It’s unfortunate but plausible. 😶

Nowadays, you also have American universities that accept the IELTS and British universities that are fine with the TOEFL. The langscape is varied: that’s why it’s always best to countercheck when the need for a language certificate arises.

But then, in the academy as well as in business, there’s another suite of qualifications, the most recognized worldwide: it’s the Cambridge Assessment English: this is where the famous PET (Preliminary English Test), First (level B2) and others come from. 📋 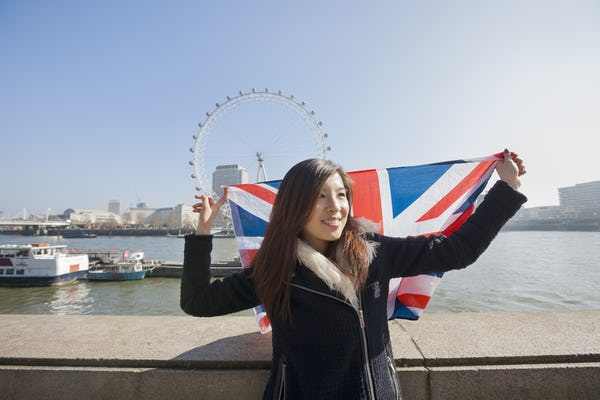 What are the advantages of Cambridge Assessment English qualifications?

It’s a suite of qualifications, going from HSK1 to HSK6: the first is the most basic level, the latter gives you bragging right for life, as it is the highest level achievable. What an achievement to get there. ⛰️

Should you decide to study in China, it’s one of these language certificates that you need. An awful lot of companies outside China require them too, as proof of your fluency in this language.

Its validity is a bit tricky. The HSK certificate itself does not expire, but if you intend to study in China at a high level, then you have to get it two years upfront, top. 🗓️

China’s Ministry of Education promote worldwide the teaching of English through the Confucius Institutes, now set up in all major cities. They also handle the HSK exams.

In smaller cities, the Confucius Institutes reach agreements with local private centres to provide similar services. In other words, if you want to get your Chinese certificate, you don’t need to fly to Beijing.

For Dutch, two are the existing language certificates.

The first is NT2, which full name is Staatsexamen Nederlands Als Tweede Taal: organised in The Netherlands by the Dienst Uitvoering Onderwijs, it provides exams for the B1 level (Programme 1) and the B2 (Programme 2).

If you obtain the B1, you will be exempt from proving your Dutch proficiency when applying for a residence permit or citizenship. The B2 Dutch certificate, on the other hand, will grant you access to Dutch university. 🎓

The issue is that, alas, at the moment you can only take the exam in The Netherlands, but with low-cost flights in place, nowadays travelling to the other side of Europe is often cheaper than moving a hundred km by car in your very country.

Exams take place in Flanders (Belgium), organised by the Catholic University of Leuven, following the advice of the Nederlandse Taalunie, the Vatican City of the Dutch language. 🇧🇪

The language certificates they issue are valid in both countries (and internationally). Exam sessions are normally held once or twice a year.

Besides, with the CNaVT you can spare the language tests required by the immigration authorities, already with the B1 and B2 certificates. If you get the C1, in Flanders you have the doors open to teaching. 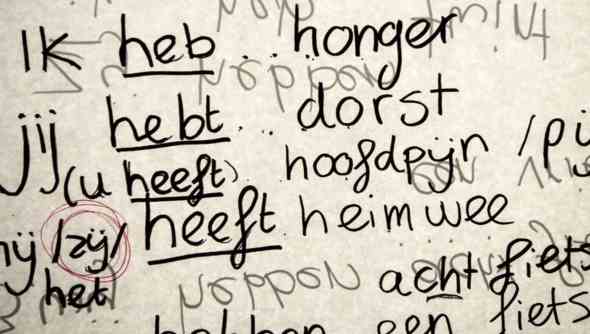 Hebrew does not have many language certificates, or rather, those you can get outside of Israel and with somewhat international validity. 🕎

The easiest to take, from an organisational point of view, is that of the ECL Consortium. There are four levels:

Sessions are held once or twice a year. Beware: the ECL Consortium is located at the Foreign Language Centre of the University of Pécs, Hungary. The Magyar country has always been home to some extraordinary polyglots.

Logistics is somewhat thorny. You have two possibilities:

The price is variable: it depends on the session, on where you eventually take the exam, etc. Again, you have to check with them. ☎️

There is NO material to prepare for this exam. You can download one mock exam, that’s all. If you feel like exploring the possibility of taking the exam, though, this is a valid starting point:

The YKI diploma, aka Yleinen Kielitutkinto, is the best tool for certifying your level of Finnish: it is managed by the University of Jyväskylä and all six levels of the CEFRL are there, from A1 to C2.

You can take the exams all over Finland, from the Åland Islands to Inari, a village of six hundred inhabitants in the heart of Lapland. 🦌 Exams are normally four times a year: but guess what? The best you can do is to check with the exam centre of your choice. ☎️ Why? Well, intermediate levels, for example, tend to have many candidates and places sell out quickly.

The website of the Finnish National Agency for Education is a good starting point for getting familiar with the YKI, its structure and how to get ready for it.

Generally, the level required to acquire citizenship is B1: however, the Finnish authorities have been working on this recently, so you better check twice about this when you decide to walk this path. 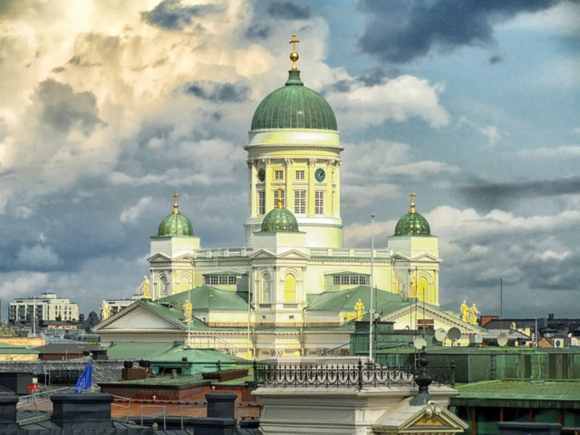 Meanwhile, be B1 or B2, the best thing you can do from now is to learn Finnish as best as you can, so that in a later stage you will just have to get used to the exam format. 🇫🇮

However, should you want to become a civil servant, you need the Civil Service Language Proficiency Certificate. It’s a diploma stating your proficiency in Finnish, in three levels:

Which to aim for? It depends on what the public administration of your interest decides, besides your, err, current Finnish fluency.

Number 1 and 2 can be taken all over Finland; the third one, though, is only available in Helsinki. At the moment, applying for citizenship is possible even with the first. However, if Finnish citizenship is what you’re after, be aware you can also resort to Swedish.

Would I bother with Swedish? If I had a good command already, I would. 🇸🇪 If I had to start from zero, I would lean towards Finnish: it’s way more distant from English than Swedish, granted, but life is grime in Finland without knowing, well, Finnish.

As with Hebrew, there are no materials to prepare for the Civil Service Language Proficiency Certificates, but if you want to learn Finnish, you’ll like these two books:

I hope this post on some of the most valuable language certificates has helped you. Now, all you have to do is to weigh up possibilities, do the maths and get down to the nitty-gritty. 🧮

How are you going to strengthen your educational and working profile?

If language certificates interest you but now you’re more looking for inspiration to start learning a new language, take a look down here:

🇫🇷 How to Learn French: This is How I did it

🇮🇹 Business Italian: a Language for Work and Trade

At this point, allow me to ask you a small favour.

It costs me an awful lot to gather this info, put it together in a readable format and publish it. If you have found this post useful, would you mind sharing it? For you, it’s a matter of a second, but for me, it’d be very helpful. Thank you. 🙏

And thank you also for the time taken to read this. See ya soon 😉