Turbolangs / miscellanea / Minor Languages: Why You Should Learn Them 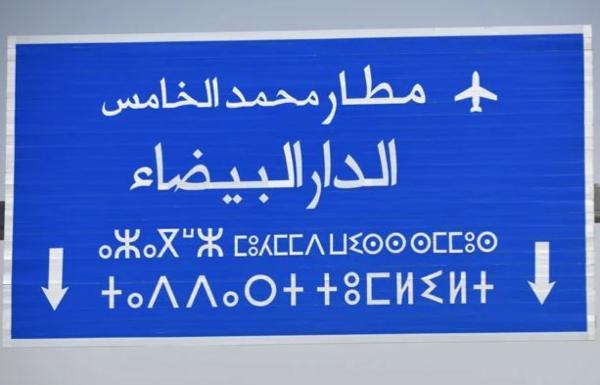 Hey! Hello linguophile and welcome to this post about learning minor languages, for there are solid reasons to go beyond German and Spanish. 😂

Let’s see: I don’t want to talk trash about major languages, not at all, but neither do I support the exclusion of non-massively spoken languages.

Learning them – and actually using them – is something we should all engage in. You may allow a culture to breathe, for as long as its language is put to use it’s alive.

You may get money out of it, as hidden gems are to be found where most do not venture. And you may have the adventure of your life: just one made more of words and less of flat tyres somewhere in a desert. 🌴

In this post, I deepen into why, in my view, we should learn minor languages, sprinkling the text here and there with some learning materials – and languages – I truly liked.

Let’s get the ball rolling. ⚽

Minor Languages: What are they?

Minor languages are those that have a more limited diffusion than those we customarily learn at school: those that are studied in the world, at least in the West, are but a handful. 😐

In fact, some so-called minor languages are spoken by tens of millions of people, but considered to be of little relevance for the average westerner, thus ending up labelled as minor. A necessary clarification now: minor does not mean minority.

A minority language, generally, is a language that, in a given area or community, is spoken by a fraction of its members:

are all minority languages. Interesting subject, no doubt, but now back to the minor languages.

There are endless reasons for learning minor languages, but as I don’t want you to abandon this post to go watch your friends twerking to Cardi B on Tiktok, I’ll limit myself to five. 5️⃣

#1 You work in International Cooperation

I have met several specialists in this field. Many baffled me to no end: they did not speak any language of the country they were working in, despite having lived there for years.

I don’t question their expertise, but speaking the local language is essential. Without it, you have no access to their culture, their way of life, their problems. You don’t get people on your side. How useful would you be? 🤨

This is adding fuel to the fire of the sceptics, those believing that the best thing for all, helpers and helped, would be for the former to simply stay home.

A few justifications I heard, when discussing the matter with the interested parties:

They all speak English / Spanish / French

In many cases, it’s plainly false. Globalisation hasn’t reached all parts of the world in the same way. Even in countries in which such languages are official, there are vast swathes of the population who ignore them.

We have good interpreters there

It’s a wild simplification: I have met many local interpreters and they struggle heavily: in European terms, they wouldn’t go past an A2 level.

An entity that moves people and money to do good can’t be deprived of the possibility to communicate with the locals. It’s a recipe for disaster.

The materials we ought to translate are complex

Is every text as complicated as the government gazette? Those are challenging even in my mother tongue, but elementary instructions, related to the project you’re working on, how can you not do it? 😒

Roaming around you may see all sorts of linguistic atrocities, like flyers in French and English about basic hygiene in remote African villages, where people don’t know either.

At the same time, the main hut of the hamlet has advertisements about a famous American soda drink… in four  indigenous languages. No comment. 😶

In our statutes, we proclaim the relevance of the linguistic dimension as a tool for…

Cool wording. Blablabla. Again, there are committed specialists in this field, going out of their way to do their job: sadly, many don’t, however good they are in their profession.

#2 You want to explore a novel niche

Whether you work as a flight attendant, sales assistant, translator, tour guide, sommelier 🍷, it’s worthwhile to go where few dare to go. If you learn Dzonghka (Tibet) or Amharic (Ethiopia), make the diplomatic missions of these countries aware! Pleasant surprises abound.

Send your resume to local companies: many, large or small that no one seems to know have headquarters where you would least expect. They would love to have someone speaking the local languages in situ.

Cultural mediation is also a promised land for those fluent in minor languages.

In the western world, speaking a minor language from afar is akin to a superpower: in any country, there are flows of migrants from others, with kids and adults who need support in their mother tongue.

The goal would be, ideally, to let them hit the ground running by decoding their host country through their first language and culture: in my experience, there is a lack of qualified staff to that effect, just… anywhere.

Another occurrence is also likely: if you achieve peak fluency in one of these languages, one representing a strategic geopolitical interest, you may see the… State knocking at your door. What for? To make your skills in an intelligence agency: all countries do it.

#3 Language volunteering goes with you

Languages are dying more than bees: of today’s 7,000 speeches, in a few years, there will merely be a handful left. 😔

I envision a Fahrenheit 451-society 🔥 that has left its languages behind. A few rebellious humans have gone underground and each knows a language: more precisely, each one is a language. That guy is Navajo, this woman is Noongar, that is Macedonian.

Sad, isn’t it? I hope it won’t come to that day; but if it will, I’ll be Occitan

You learned very well Spanish and your Chinese is outstanding. Awesome. Now, what about putting yourself to test with a minor language? Some are more feasible, some more distant; in any case, it’s usually a bit more difficult. 🤓

It’s tougher to find materials, sometimes: praise be to Amazon for providing us with what we need: up until a few years ago, if I wanted to learn Punjabi or Swahili, I either had to desist or take a flight and go to – at the least – London.

Finding tutors hasn’t been any easier. But now we can get private tuition even of dozens of languages with less than 300K speakers through the WWW.

There are still barriers though: there is a scarcity of teaching materials in many languages, along with a chronic lack of experts and a deficiency of venues to practice them. I’m thinking of Griko, Purepecha, Cornish, Aromanian, Walser German, Faroese, Sioux, Shawiya, most Polynesian and Australian Aboriginal languages, among countless others.

It’s still worth the challenge though. 😉

#5 Because it’s offered on a plate

You’re building a bridge in Ghana. You will take an M.A. in Glasgow. The department you work in needs someone to do fieldwork in Lapland.

Why think twice about it? Learn Twi, Scots or Saami. 🦌

First, because impara l’arte e mettila da parte, learn the craft and store it for later use, as the Italians say. Second, because it will make your stay more pleasant.

Fourth, you will imbibe yourself in the local culture and that, for a human being, is priceless. Fifth, because no matter how busy you are, you will have some free time and you may struggle to find meaningful hobbies.

I spent my life among immigrants, expats, call them whatever you prefer. Most have spare time they waste. How? Chatting on the Internet with strangers, getting blind on social media, playing bingo, harassing the two English-speaking barmen in town or hanging out with the same coworker until they bore the hell out of each other.

Why do I know this? Because I have been that dude. Why making our lives more miserable?

Gosh, you are in the position to learn the local languages: in or out of classroom settings, talking to people, living an authentic immersion. Seize the freaking opportunity!

Those who travel, watch documentaries with delight or have a thirst for discovery know this reason all too well.

For example, in Yoruba words have a magical power: according to the cultural framework of the Yoruba people, phrases uttered in this African language can bless or curse. For them, words produce material effects in the physical world. 🌍

In Europe, African mafias exploit traditional creeds to subjugate young girls into prostitution, using incantations made with hair, nails, blood and spells cast in Yoruba. The words, the languages, are powerful. ✨

Let’s move somewhere else in the linguistic arena: ever heard of Yiddish?

Yiddish, the Jewish language, is spoken in Israel by most of the ultra-orthodox. You may wonder: don’t Jews in Israel speak Hebrew? Not all of them.

Leaving aside the incredible range of languages one can find in Israel, there are ultra-orthodox who believe that Hebrew should only be spoken, in daily dealings, after the return of the Messiah.

Yiddish is the language of the Ashkenazi, the Jews of German-Slavic origin: among the broader Jewish population, they are recognised as having something akin to religious primacy. 👑

It is a Germanic language with strong influences from other speeches, primarily Hebrew and Slavic languages. It used to be written in Latin or Hebrew alphabet, the latter being now more common.

Yiddish is the language of much literature, beyond the commentaries on liturgical texts: writers such as Isaac B. Singer and his brother Israel, Abraham Yehoshua, Abraham Sutzkever, Katia Molodowsky, have written in Yiddish. 🖋️

I can hear your neurons in overdrive, trying to fathom why on earth I’m stalking you with this Yiddish thing: it’s because much like the amber that preserves Cretaceous insects for eternity, Yiddish encloses a crucial part of human experience.

The air that central and eastern European Jews have breathed for centuries, the experiences of Ashkenazi immigrants in the Americas and the Holy Land, the typically Jewish mix of hope and pride and despair, the annihilation suffered during WW2… this all can’t find a better linguistic means than Yiddish. 📜

One last example from down under. The Australian Aborigines’s is a collage of civilization that is to die for, with languages as varied as they are captivating: they have ancestral tales, which they recite in their languages, which are also dense with… facts. 😮

They call them Dreamtime: they may contain information about places, migrations, flora, fauna, ancient customs and ritual of them native nations; data about how these elements were in the past.

In recent years, scientists have been investigating and results are flabbergasting: Aboriginal tales are often proving surprisingly close to reality, something confirmed through anthropology, archaeology, palaeontology, climatology. 🤯

And all this wealth of wisdom is accessible through Aboriginal languages: if you don’t get shivers, it’s because you’re a reptilian alien. 👽

I hope you liked this entry on minor languages, for they deserve far better recognition and they can offer unparalleled opportunities for private pleasure and work advancement. Do you speak any? Is there any of them you would like to learn?

If you have come this far:

Thank you for the time taken to read this. A big virus-free elbow 💪

PS: the cover image shows a highway sign installed in a Moroccan highway. Arabic above, Amazigh below: isn’t that awesome? 😉