Turbolangs / romance languages / Basic French: How To Learn It On Your Own 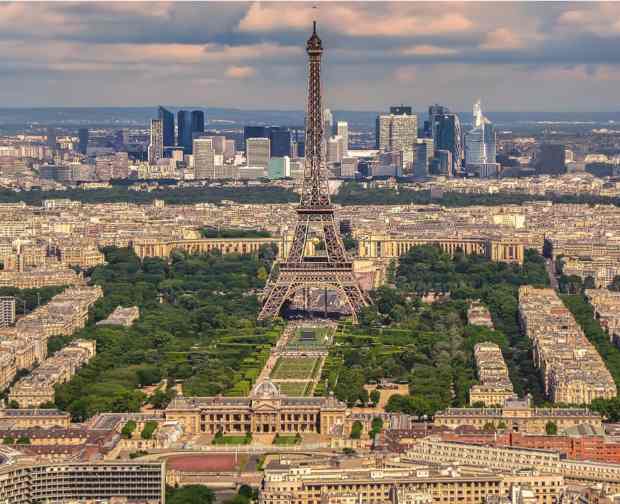 Bonjour! Would you like to achieve a basic French so that you can find your way in France, send an email every now and then and surprise with some special effect your neighbours from Lyon?

Well then, you’re right where you need to be. 🇫🇷

I myself have learnt French as an adult, beginning at 29 years of age: from a basic French, quickly to an intermediate, to end up fast & furious at an advanced level.

French isn’t Klingon, but it is not supereasy either. There are some monsters to defeat, in order to end successfully the video game. 🕹️

What follows is a collection of the most useful strategies I have found & tested & approved in order to hit the ground running with French.

When beginning to learn a new language, I have often wasted a lot of time, because:

So, at the very least, read this post in order to avoid falling into my same mistakes. However… spoiler alert: the whole post is based on self-teaching.

By studying on your own, with a bit of discipline and a pinch of common sense, you can get a solid, basic French in a matter of few months. 💪

So, let’s cut small talks and get started.

Basic French: How to get there

French, for a native English speaker, poses some problems; overall, nonetheless, it is quite an easy language to master.

If you’re sceptical, try learn Chinese for a semester: then you tell me how it went.

I believe the best way to start is with an Assimil course.

Assimil is a French publishing house, specialized on materials for language self-learning enthusiasts. It basically reproduces the way children have to learn their mother tongue.

Progressive exposition to the language, from the most simple to the most complex structure, a bit of redundancy so that your neurons grasp what you need to grasp even in a hangover day. 😴

FRENCH – Francais pour les anglophones, by Assimil: an awesome textbook to start from. It doesn’t even feel like a textbook, as pleasant as it is.

French Workbook, by Assimil: good stuff to practice what you’re learning on the main textbook above.

According to Assimil, you should study one lesson per day, till number 50.

Up until the lesson 50, you do what Assimil calls the passive wave. Then, the active wave. It is compulsory to use book and audio tracks. Without both in your hands, you’re just wasting your time.

If you follow accurately what the course prescribes, you should be done in three months. However, no fuss if it takes a little longer.

Once completed the course, you know you do have some solid ground to built upon.

The French Workbook that I suggest too, is meant to verify how much you got from the main course: it’s quite good, as you might sometimes lack some exercises while studying the French With Ease.

Basic French: 10 steps to reach it

After French With Ease by Assimil, I’d move on two fronts: start practising what you know, keep learning what you don’t.

This is what you need to do to obtain a basic French. And these are the 10 steps necessary.

It is perhaps no time yet for Dumas’s The Three Musketeers, but it is time for books like these:

If you think they’re children’s, remember that if you were reading for pure pleasure, you’d be doing it in English, right?

The primary goal here is to reach a basic French; enjoying your time reading is secondary. If you chose more interesting volumes, chances are they’d be more challenging too, so you’d be opening the dictionary the whole time…

More than reading it would be a torture. 💀 To look up words, you have three possibilities:

There would be another solution, enabling you to dismiss – at least for a while – both paper and dictionary: Amazon Kindle.

It’s the Holy Grail of reading, for whoever is after a basic French,

Thanks to a Kindle, you can forget the hassle of leaving the book you’re reading, open up the dictionary, look up the word, restart reading… over and over for a hundred times before you fall asleep. 💤

E-readers have come to solve this. Among them, Kindle is the best I’ve found so far.

If the idea of leaving paper behind strikes you as grotesque, well, that’s an idea we share.

I am an old-school bibliophile.

Paper is a fetish of mine. Its weight, smell, surface. It’s a full sensorial experience hard to put apart, but I don’t want to be a nostalgic dinosaur either. Kindle is a blessing for whoever learns a language.

To read French or any other foreign language, it’s magic.

Kindle also allows you to copy and paste excerpts in a separate file that you can review at a later stage, on your Kindle, on a tablet or on your computer.

And there’s still more, but I am confident I am already made my point about the usefulness of Kindle.

These two websites have to become an addiction for you:

Inevitably, there will be sooooo many unknown words and idioms. One or two articles per day, adequately challenging, will suffice.

#4 Basic French is also a matter of music

Some folks undervalue the power of music. Gross mistake. Music is a phenomenal catalyst of language learning.

If you get passionate about a genre or a band, you’ll have issues to stop listening to it 🙂 Among my favourite French songs:

The place where I find a huge deal of French songs is Amazon Music Unlimited. Pop, rock, trip hop, rap, folk… the whole universe is there.

The website BonjourDeFrance is also a cool place to visit every now and then. 🎵 Among other things, it offers the possibility to learn French through songs.

Karaoke, exercises with the lyrics, classics like Edith Piaf and George Brassens, or the recent work of Stromae. Wonderful!

These two textbooks are awesome to fortify your French:

Please allow me to introduce you the Grammaire Progressive du Français serie, by CLE International, one of the best publishers around.

These volumes are simply the best: clear and concise explanations, exercises and solutions to study comfortably on your own.

#6 Listen to some French

It would be premature to start binge-listening to podcasts and radio shows.

Nonetheless, you can visit this section of Français Facile and listen to a couple of tracks per day.

That’s language-related compound interest. Before you know it, you’ll be listening more and more complex French. 💪

This is something one does not normally include in a language exchange, but why not trying?

Get an French-speaking exchange partner and offer him or her the same help.

It’d be great if you found a Belgian, Swiss or French willing to sit an official English exam: you’d know this way they have a stake in it.

To find an exchange partner, there are a bunch of ways. Online, look on Busuu, Italki or ConversationExchange. But do not forget the old, offline ways:

Most French speak faster than machine gun: at the beginning, you may feel intimidated.

If you have the chance to get the help of a private tutor, rather than getting started immediately with native speakers, go for it.

Can’t you find a good one next to your place? Then, you may want to consider Italki.

I spend a good deal of time inside it, for multiple reasons:

It is especially important to have a tutor when you’re at the beginning.

If you rely straight ahead merely with language exchange partners, it’s easy to lose confidence.

Perhaps they do not correct you, perhaps they have a terrible pronunciation, or even worse, they make you want to quit learning French altogether.

Be patient. Be prepared to use a lot phrases like Pouvez-vous répéter svp and Pouvez-vous parler plus doucement svp?, until you’ll tune to native speaker’s speed.

#9 Work on your pronunciation from the beginning

Make good use of all audio track you can grab. Assimil’s and Français Facile’s are perfect.

Listen to them, pause them, record your own voice when repeating the sentences and then check how you pronounced them.

How did it go? Repeat the process three, four, five times: do you see any improvement?

It’s an easy exercise that yield good results. Every time you repeat the process, make an effort to sound more native than before. There is no talent at play here: there’s only a bit of practice!

#10 Link the language with your passions

This is a critical point.

I know people fond of oenology, whom ended up learning French due to their burning passion for vines and wines. 🍇

I met art lovers, ready to devour French voluminous texts to get closer to the world of their beloved painters or sculptors.

I met executives willing to work at La Defense and completing a MBA at INSEAD, whom learnt French in record time.

He who has a why can bear almost any how.

Motivation is everything. Live through the French language your passions and your energy will never falter.

I hope this post about how to get a basic French has been of use to you.

I have condensed here my best tips and tricks concerning how to start learning this beautiful language, working on your own.

And if you’d like a detailed story of how I did it, from A to Z, here you have it ⤵

How To Learn French: This Is How I Did It

If you got here:

This blog post about basic French is followed by this other:

Intermediate French: How to Achieve it On your Own