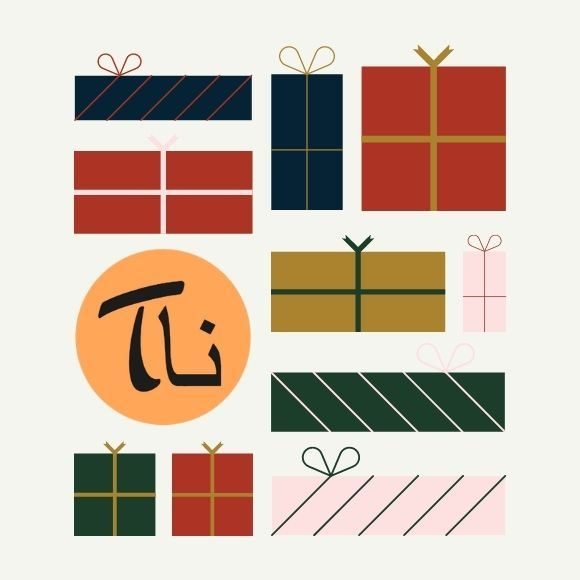 Hey! Have you been looking around for possible presents for an upcoming occasion? I don’t know what is in use among monoglots 😂 but I can suggest you something about gifts for language learners: are you searching those for someone?

A colleague who has just started studying French? A boyfriend currently learning Italian? A sister who has set herself the goal of passing the DELE A2 Spanish exam in the next six months?

Giving something linguistic to those who have languages in their lives is a ggggrrrreeeaaaatttt idea, but there’s a bit of challenge involved:

#1 There’s so much garbage out there. Self-instruction courses like Learn Portuguese in three weeks (spoiler alert: it is not possible), but some are way more subtle than that and just as useless.

#2 It’s difficult to guess what to give, as you may ignore the other person’s learning style, their organization or what’s their language level (all things that, quite often, they also do not know).

#3 It is unclear to you the extent of that person’s interest with regard to that language. Will my brother use that self-teaching course, or will he resell it two weeks later?

In reality, language-related stuff is always a marvellous idea, and with a couple of criteria in mind, even more so.

In this post, I summarize what I have learnt in many years of giver of linguistic items; of receiver of dictionaries, gizmos and courses; of cyberspace detective, constantly seeking bargains and useful tools to learn and improve languages.

A self-teaching course as a gift

The first thing one thinks of is: a good old self-teaching course, in order to start from scratch. Could it not be there, among the gifts for language learners? 😅

Who’s more suitable for this type of gift? Well, those who are about to start, as well as those who have expressed the desire to learn that specific language but have not yet dived in.

A stay in another country can be immensely educational, but… it’s not so practical and… also quite expensive for you.

The ideal starting point then would be, for many languages, an Assimil course; alternatively, a course for self-taught students from a one-language house is also fine.

In the latter case, for example, we have Didier’s excellent French courses:

Édito A1 with CD and DVD, by Didier: this course has been conceived to be used in a classroom environment.

Is it suitable for self-taught students? Yes, because it’s great: the didactic progression, the relevance of the topics covered in its chapters, the high quality of the audio and video material… it all makes it a very recommendable tool for those studying on their own. 💪

Generally speaking, it is not impossible to find decent materials to learn common languages at basic levels.

When we go towards exotic languages, though, the langscape changes entirely. Hard to find some high-quality self-instruction courses of Asian languages.

Having said that, in the case of the Japanese language, we can use:

Japanese From Zero! 1, by George Trombley and Yukari Takenaka: it’s among the best courses for beginners the market has to offer. They turned a lot of us into irredeemable nipponophiles.

And sticking to such area of our globe, the following Korean self-teaching course is just as awesome, way better than the obnoxious bricks most courses are:

Korean From Zero! 1, by George Trombley and Co: I would write another list of praise if I described this Korean self-teaching course.

Trust me: it’s good, if what you want is to allow the recipient of your gift to start from, well, zero, and achieve a lower intermediate (which is an exceptional result, Korean taken into consideration).

Korean is the underdog of the world’s langscape: it started with negligible numbers to steadily become one of the most taught and self-taught lingos worldwide. If your friend is passionate for taekwondo, K-pop, K-cinema or the supreme local gastronomy, then it is worth giving this to them.

And now, a doubt that torments many of us: is it worth giving a self-teaching course as a present, when I don’t know whether my cousin or coworker is truly passionate of Spanish or Italian?

Short answer: of course!! For these reasons:

Little room is left for doubts. 😅

A planner as a gift for a language learner

Why does a planner represent an excellent gift for language learners? Because we all need, more than anything, organization; if we’re learning on our own, even more.

Without an outlined plan, we self-learners are fu**ed. Without a teacher micromanaging us, without the social pressure of bringing homework to the classroom… it’s easy to get lost. Self-organizing is paramount.

It’s not easy, but a planner is very helpful. Eono’s planners are awesome:

As a proper organizer myself, I have taken one for myself and two for friends.

ThisIsMyEra is one of those companies offering the best value for money: aesthetically pleasing and robust, they offer enough space to write down tasks and appointments, but all in a handy A5 format so that it fits into a tiny bag too.

The lucky recipients of these planners can use them to plan their weekly language study, to mark long beforehand official language examination dates and thus to lay out a strategy for the previous weeks.

As a language learner, to live without a planner is risky. You might end up letting it all go, even if you’re motivated; you may fall into that shapeless fluidity where at the first difficulty you start muttering that terrible mantra to yourself: Tomorrow I’ll study this chapter, tomorrow I’ll see… until months have gone by and you realize you have done nothing.

So, is it a suitable gift for a language learner? Hell yeah. 😉

One of the reasons to give a notebook to a language enthusiast is because, surprise surprise, it’s needed for homework 😂 what a surprise, huh? But there’s more to it.

We, earthlings, not only appreciate (or despise) content but medium too. There are legions who have gone into computer sciences or got a degree in graphic design because, one fateful day, they saw an Apple computer and got bewitched by, well, the object. 💻

It’s the same with notebooks. I have students who have unlocked a passion for journaling only since they’ve put their hands on a cool notebook, pleasant to stare at and touch. 📓

It’s hard not training your writing skills in Spanish when you have a notebook like this:

Moleskines combine the quality of materials with an unmistakable style. Pure class. Going back to normal after having tried this is a feat.

Perhaps it won’t allow your written Spanish to be automatically suitable to a DELE C1 examination, but one thing is sure: you’ll enjoy practising.

And generally speaking, as a gift, a Moleskine notebook always makes an astounding impression, whether one studies Arabic, Chinese or Venusian cryptozoology.

What gift is more suitable for a language learner than a good pen?

As I have just said about notebooks: if you have a pen like this, it’s easy to become as prolific as Wilbur Smith:

For decades, Parker has been turning phobic writers into irretrievable graphomaniacs.

What makes a pen like this an excellent present for a language learner? If you’re a language lover, you know there’s a lot to write on your journey between A1 and C2. And if you’re more monolingual than a radiator… I tell you and you trust me. 😁

A fountain pen is a way better ally than a computer, whatever your writing inclination is:

No gizmo will ever allow you to do it with the same degree of effectiveness, let alone pleasure. Sorry, Tim Cook and Bill Gates.

Giving away books is always a gorgeous idea

If studying and doing exercises are fundamental activities for every language student, another not at all secondary one is reading in the target language.

Fortunately, there is an abundance of materials for all levels and languages. What do you think of a graded reader, or maybe a classical comic book? This one, for instance, it’s just awesome:

Tintin en el Tibet, by Ernesto Rodríguez: this is a deeply educational comics, a great read for basic-intermediate Spanish students, besides Tintin does not need any introduction.

A Kindle is a language enthusiast’s best friend

Since the eReader phenomenon has taken the world by storm, we paper-bookivor dynosaurs have been having a hard life. 🦖

I am fond of books made of paper, I will continue to buy and enjoy them, but I also have to accept the reality: for a language learner, an eReader like Kindle is a blessing. This makes it a spectacular gift for any language student:

A Kindle allows you to:

As a present for a language learner, oh boy, it’s hard to beat Kindle.

Gadgets are useful to learn languages too.

Many of my generations didn’t stand high school English lessons, but since they were living the nerd life, they ended up learning English through programming books and online forums for wanna-be pc scientists.

That is: English taught at school –> bad. English filtered by a computer screen –> pure bliss.

The gadget I’m about to introduce you encourage people to speak more language(s) than they normally would in everyday life: that makes it the ideal gift for lazy boyfriends who are fond of gizmos :

Echo Show 8 is a smart speaker from which Alexa, the virtual assistant who needs no introduction, speaks to you. Despite being a late adopter, I had the opportunity to try Echo Show 8 when it was launched: it’s nothing short of extraordinary.

Some of the things it allows you to do:

and all of this, imagine… by mere voice commands. 😮

Monoglots can use it in English, but then, know what?, Amazon’s Echo Show 5 works perfectly in Spanish, French, German and Italian too. It helps to keep the language alive, even in busy days with little time to sit and do solid study.

Summarising, it’s always a wonderful idea to give as present a language-related something to a language learner. But to curious monoglots too: a hell of a people get addicted to a language once introduced by a simple gift.

And, know what? To speak a language is more than a gift for Christmas, for an anniversary or a birthday: it’s a gift for life. It helps people investing in themselves.

As always, let me know in the comments below your thoughts on language-related gifts, and if I have forgotten something.