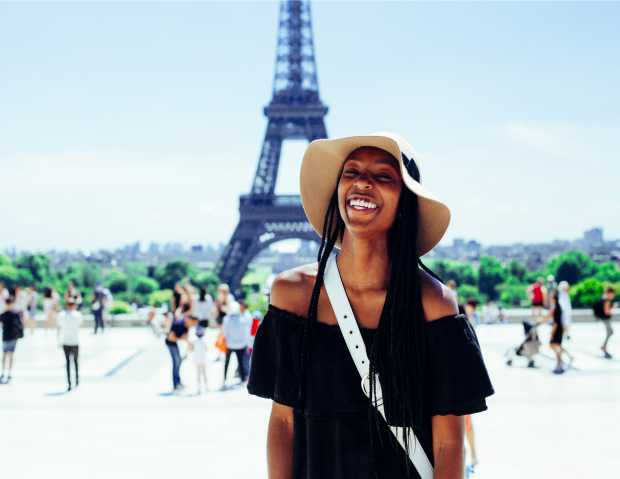 Hello Francophile friend, ça roule? 😉 After having received a bunch of emails on the line of why should I learn French? I decided to write this post.

Some of those messages were a bit fuzzy. Among the things I’ve read:

My rebuttal to them:

That’s why I decided to jot down a handful of good reasons, serious and not so serious ones. Why learn French? Read and you’ll know. 😉

Ah, wait: if you’d like to know how I have learned it myself, have a look at: How To Learn French: This Is How I Did It

#1 Because France was the first country to invent a profession such as that of Affineur de Fromage, only loosely translated as Master Cheesemonger. 🧀

Something to be grateful for.

#2 If you’re broadly interested in languages, you’ll realize that under the surface France isn’t monolingual at all: Occitan, Alsatian, Basque, Breton, Catalan…

#3 Because Jean-Jacques Rousseau said The English are proud; the French are vain. 👏 The Swiss polymath knew what he was talking about. The following is one of his foundational works, to be read as of a B2:

#5 Because it’s the language of love, according to half of the world. The other half has no choice but to learn Italian. 🍆

#6 French wineries are gazillion miles from those of any other country.

The French drink a yearly average of 10,9 litres of pure alcohol per capita: that’s why the local winemakers need to meet high hopes. So, if you have ever posed yourself the question why learn French?, well, oenology is a good answer. 🍷

#7 Because French gastronomy has been, rightly, declared World Intangible Cultural Heritage by UNESCO.

Reading gastronomy books have not only been a lifelong passion: it also spurred me to specialize in agriculture and food translation.

#8 It’s one of the most instagrammable places on earth: from the volcanos in Auvergne to the woods of Brittany, from the mountains of Chambery to the Atlantic coast, from the lavender fields in Provence to the cobblestone streets of Toulouse. 📷

And oh, well, Paris too.

#9 Because in France, just as in Great Britain, to switch off the satnav and lose yourself amidst hills and hamlets has the quality of dreams.

#10 If there’s an orientalist under your skin, if you fancy travelling through exotic lands and learning the local languages and lore, be aware the French got there most likely first; sometimes, they have been the ones and only.

An insane amount of material about East is available just in French. So, if you want to check whether you have the makings of an orientalist, check this book out:

Racily-written, you’ll enjoy every bit of this classic.

#11 Because chocolate, in France, is a door to a superior dimension. Not to diminish the relevance of chocolateries in Belgium and Switzerland, which are, surprise surprise, French-speaking countries too. 🍫

#12 Great Britain and France have been entertaining commercial relationships, happy and uhmmm less happy dealings ever since time began.

This is a terrific book about the first time the French language moved overwhelmingly to Great Britain:

#13 Because André Gide famously said that The French are bad-tempered Italians.

#14 Because they eat snails. Gallantry has to be rewarded. 🐌

#1 Because the first Declaration of the Rights of Man and of the Citizen dates back 1789 and is, well, French.

Because of France’s role in Europe and, hence, in the world, we should all go beyond the fifth grade-history knowledge we have: to do it, to have a good reading comprehension of French would be highly beneficial.

#2 If you want to have a nice working experience with a UK-like wage, go to France. Don’t think it’s the kingdom of laziness: you do work. France is rather the ideal middle ground between the Mediterranean atmosphere and the Nordic working environment.

Personally, should I abandon for whichever reason my current location, France would be my move-to country.

#3 It’s about to become the most spoken mother tongue in Europe. Read here:

#4 After English and German, it’s the third most popular language on the Internet.

It’s a must for most of them: remind it to the prophets of No need to learn foreign languages. 😩

#6 Because the United Kingdom and France have massive economic exchanges.

France is one of the UK’s biggest suppliers and clients, as among the most active French corporations we find: Peugeot, Sanofi Aventis, Auchan, MSC, Thales Alenia Space, STX Europe, etc.

You’d be surprised to see how little English is heard and how much French is spoken in their premises; besides, Frenchmen, ordinary or of noble birth, befriend a lot with whom speak their tongue.

#7 France is the country with the highest density of Nobel Prizes in Literature. 🏆

Let’s be honest, albeit slightly envious, and admit it: they deserve them. A lot of countries had their golden age and never experienced anything like it again: not France, neither Francophonie.

#8 Because most French universities are of excellent quality and cost next to nothing. Uhmmm several thousand pounds versus a few hundred euros per year 🤔 let me think about it.

They are open to British students and, under certain conditions, to those of other non-EU countries too. The selection process varies: it depends on what you mean to study in the Hexagone, what qualification you hold, etc.

In several countries, Campus France has its counsellors in situ to help out people. Otherwise, you can always resort to its website. It’s not the only country in which is possible to receive a great education in French, of course.

Now, if you asked a French dude, randomly drawn from a crowd, he’d tell you that universities are terrible in his country. Forget about it: the average French is normally very critical with all things France. You have to interpret and sweeten their apparent perennial grudge. 😅

#9 Because you never know in life.

The United Kingdom now belongs to Europe only geographically: if Ireland or Malta weren’t options, where would you go? To have a strong language like French in your professional portfolio is always a work and life insurance.

#10 You may want to work in European institutions.

English is English, but the three seats of the European Union are: Strasbourg, Brussels, Luxembourg. What do they all have in common? Precisely: three cities in French-speaking countries.

#11 French did us the favour of turning English into a comprehensible language.

Old English was a major enigmatic linguistic entity. Try reading Beowulf in its original version, then tell me.

#12 Because I’m referring to France the whole time but the French-speaking world is enormous. 🌍

French is spoken in: Canada, the United States, Haiti, half of Africa, Switzerland, Belgium, Italy, Luxembourg, Polynesia, Lebanon. 29 are the countries recognizing it as an official language.

#13 Thanks to the teaching of French, demographic growth and economic dynamics, it is estimated that within 2025 about 500 million people worldwide will speak it.

So, why learn French? Because half a billion people next door speak it?? 🤪

#14 In many countries and many companies, for each language you are able to use at a business level, you receive a bonus on your salary.

If you have a weak professional profile but a couple of languages, you can earn as much as an engineer, and if you’re a French-speaking engineer, well, years of fat cows ahead.

#15 Because it’s a language very much requested. Like, very much.

If you’re doubting about the future, where you’ll live, what you’ll do, while you try to clarify them, you can start working on your future by learning French. Why? Because whatever you do, wherever you go, French is amazingly useful!

Be your home in Argentina, Uzbekistan, the Shetland islands or Newport in Wales.

Be travelling a passion of yours, or spreading your body on your couch, reading, walking the dog, watching crime series, play at World of Warcraft… French brings abundant advantages, anytime, anywhere. It’s the wild card language par excellence.

Now, supermarkets cannot throw away unsold food any longer. They must donate it to food banks and charities. Well done! 👏

#17 English is so far the most spoken language within the EU (38% of the continental human beings). French, however, comes second: 12%. But hehehe, we’re not done yet. 😂 Bear with me.

Why Learn French: fields France is top of the world in

Mathematics: it’s the country with the highest number of Field medals, besides the USA. And you must be introduced to this mathematician.

Astronautical sciences: Paris hosts ESA’s headquarter, European Spatial Agency. French is, together with English, its official language, and it has its own cosmodrome, in Guiana. 🚀

Finance: banks such as BNP Paribas, Société Générale and Crédit Agricole are among the biggest of the globe.

Nuclear sciences: if you’re a specialist in the field, here you are home. ⚛️ The question Why learn French? makes sooooo little sense to you then!

Tourism: more than 90 million people visited France in 2018, making it the most visited country on earth.

Aeronautics: in the mesmerizing Toulouse, la ville en rose, is located the Airbus consortium and its massive tech hub.

Scientific research: France is among the biggest investors in science. And in neighbouring Switzerland, you can find French together with English as an official language at CERN.

Development Aid: once again, it’s one of the country with the highest item of expenditure. A lot of aid recipient countries are also French-speaking.

Art: 1.200 active museums, the biggest of which (the Louvre) got the last year the trifling number of 9.1 million visitors. The most visited worldwide. 🎨

Cinema: France is the top movie producer in the European Union.

I don’t know whether it’s due to the French volkpsychologie, to the massive state subsidies to the local seventh art or what. What I know is that any French movie is likely to be more interesting to my eyes than any other: it’s the least cinephile in the world admitting it.

I hope you enjoyed this post and that it has brought something new about why learning French. If I had to resume in a few words the needs you’ll satisfy by learning French, I’d say:

Let’s learn French then, for all this.

We understand better one another by talking different languages.

If you’d like to have quick, practical info about how to learn French, start from here ⤵

Basic French: How To Learn It On Your Own

Intermediate French: How to Achieve it On your Own

I’ll get back soon on this, therefore stay tuned 😉

🙏 Share with those doubting about the usefulness of French 🙏